I recently learned that Julian Fellows has come through again. It has been announced that there will be another Downtown Abbey movie to be released in March 2022 -  Downton Abbey - A New Era. Based in the 1930's, it continues the saga of the Crowley family. 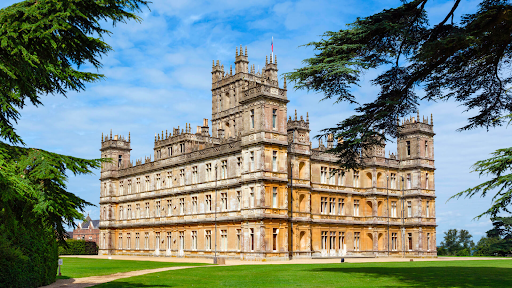 But there are questions:

Who are the newly weds shown briefly in the trailer - perhaps Tom and Lucy who met when the King and Queen visited Downton?

Just who was this mystery man of the Dowager Countess Violet's past? Were there more men in her life than the Earl of Grantham and Prince Kuragen? Is this who she visited when she disappeared to the south of France to get over being offed the Hospital Board?

What are George, Caroline, Sybil, Marigold, and Edith's second child up to?

Does Micheal Gregson reappear having been lost in Germany with amnesia since before the Great War, and complicate Edith's life? Or does Bertie tire of her and move onto another lady? Perhaps the Duchess of Kent? (Poor Edith)

Does the great house become way too expensive to manage and the family sell it to the Catholic church to be run as a home for wayward women (with Lady Isabel Merton - nee Crowley running the show)?

Do Daisy and Andy marry and turn Mr. Mason's tenancy into an organic jam operation?

Who is the glamorous blond who appears briefly in the trailer entering the Abby?

What becomes of Thomas's relationship with the King's Valet?

Do Violet and Maude make pretty and move to the South of France?

And who owns the yacht? Perhaps Harold?

Oh, so many questions. A lot can happen in the years between the mid 20's and mid 30's.

Here is the trailer: Downton Abbey - A New Era