With Christmas just around the corner, I saw where the 2021 "Toy of the Year Awards" were named. Drum Roll Please!
They are:


As usual there are nods to plastic and well known brands (LEGO, Barbie, Star Wars). These names date me. Barbie debuted in 1959 (the year I was born). LEGO was introduced in 1932 (the year my mother was born), and the first Star Wars movie was released as I graduated from high School (May 1977).
But, showing that some things never change, but evolve. I was heartened to see that the Creative Toy for 2021 was: Crayola Crayons  (24 box) with the colors representing skin tones from across the world. This is brilliant. And thankfully, not something as I feared - edible crayons, each a Skittles' flavor. 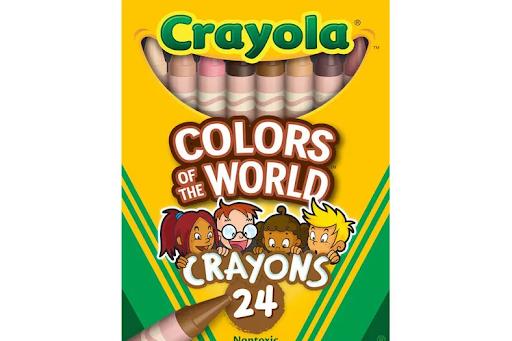 FWIW, the 2020 Toy of the Year was the L.O.L. Surprise! I would have no clue as to what this is, except for my granddaughters.
The National Toy Hall of Fame was introduced in 1998. The  first class included 17 toys: Barbie, Crayola Crayon, Erector Set, Etch-A-Sketch, Frisbee, Hula Hoop, Legos, Lincoln Logs, Marbles, Monopoly, Play-Doh, Radio Flyer wagon, Roller Skates, Teddy Bear, Tinkertoys, View-master, Duncan Yo-Yo. Of these 17,  I had everyone with exception of roller skates!
The Toys of the Year for most of my childhood were:
It just shows that something never change, however, like fast food chains, franchises even dominate the world of toys.
at September 20, 2021