The Myth of the Cast-Iron Pan

Although, I pride myself in my original text, often I find something I want to share. The following is an example of such. This was an article in the New Yorker entitled "The Myth of the Cast-Iron Pan", by by Jiji Lee and Laura Mishkin. 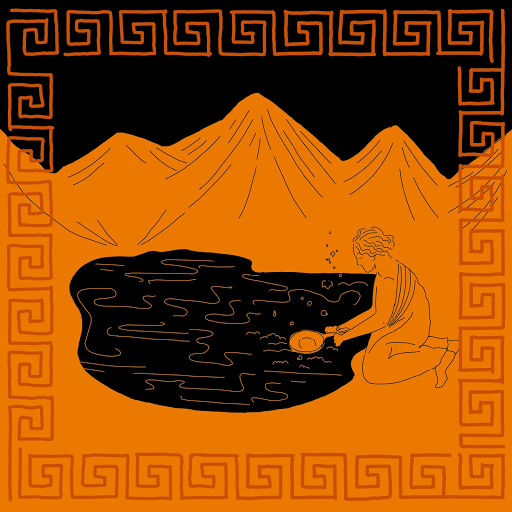 A cast-iron pan is forged in the flames of a volcano, by the mighty god Hephaestus. When the pan is the color of obsidian, and its weight equals that of a mountain, it is carefully placed in a cardboard box, and is ready for shipping and handling.

The indestructible pan assumes its preëminent place on the stovetop. Jen, a mortal, appeases the cast-iron gods with special offerings of fried eggs.

The mortal consults an oracle (food blog) and discovers a prophecy that one day she will cook tomatoes in her cast-iron pan and will suffer severe consequences (rust). The oracle goes on to warn Jen that she must avoid washing the skillet with soap. Having sprung from the core of the earth, it will die a tragic death if exposed to the tiniest soap bubble. The mortal gently cleanses the cast-iron with water, like a doting river nymph.

The mortal browns a rib eye on the stovetop and finishes it in the oven, creating a perfectly seared exterior and a juicy, mouthwatering interior. As she takes her first bite, she realizes—this is what it must feel like to be a god.

The mortal fulfills the oracle’s prophecy and makes shakshuka for brunch because she saw a recipe on Smitten Kitchen that looked really good. Enraged by the mortal’s hubris, the gods seek vengeance and sentence her to an eternity of lower-back pain and overcooked steaks.
​
Seasoning
The mortal, seeking to escape her cruel punishment, carefully massages vegetable oil into her cast-iron pan, and bakes it in an oven at five hundred degrees. As a protective coat forms, the skillet slowly regains its strength. Jen prays that the immortals will be benevolent and bless her with a Dutch-baby pancake.

Once again, the gods remind Jen that she is a mere mortal who can drop a cast-iron pan on her exposed foot.​