There are few things in life that are truly brilliant (IMHO). Lately, I was reminded of one - Monty Python. Earlier this week I stumbled upon a documentary on the group. Watching it reminded me that most TV comedy is nothing compared to the writing and acting of Monty Python.

I have always appreciated British humor. Saturday night live aside, US comedy pales in comparison. Years ago, our family watched the BBC shows on PBS regularly. Such shows as "To the Manor Born", "Are you Being Served","Yes, Minister", "As Time Goes By", and "Keeping Up Appearances" - to name a few.

Memorable actors of these shows included John Inman ("Are you Being Served"),  Patricia Routledge ("Keeping Up Appearances"), John Cleese ("Faulty Towers" and "Monty Python"), and Judy Denche ("As Time Goes By").

The thing about British Humor is the quality of the writing, the willingness to push the envelope, the excellent scripts, the physicality, and the attitude of taking no prisoners. There are so any great examples, I cannot even start to name the characters and the plots. If one has not experienced British humor, it would be lost in translation.
But "Monty Python" was the Holy Grail - no pun intended. The acting, the writing, the wit, and the irreverence was amazing. SNL comes close, but even that is tamped down due to American sensibilities, however, I give them credit for pushing the envelope. 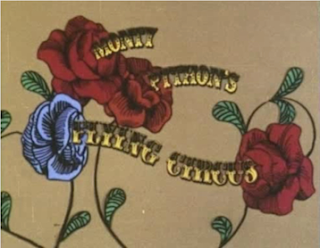